By: Kimmery Martin, author of The Queen of Hearts (available for preorder HERE). 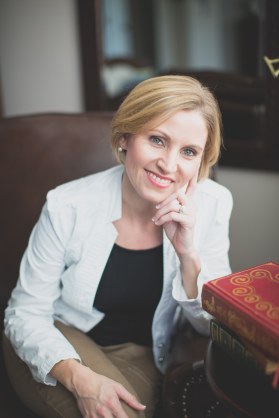 Today, I’m speaking with the author of a great new medical thriller, my physician friend K.V. Scruggs. See below for a description of her thought-provoking, intricately plotted futuristic novel as well as an interview about her story and her writing process.

Faced with a conspiracy that runs far deeper than a single surgery, Cheyenne finds herself thrust into a dangerous investigation. Her informants start turning up dead, and she realizes the people responsible will do almost anything to keep their secret. Cheyenne will risk everything to uncover the truth.

KM: What They Don’t Know takes place in two different timelines: Then, which begins in 2018 and ends in 2028, and Now, occurring in the year 2030. What made you choose that format? How does it benefit the story?

KS: The story takes place after a “healthcare crash” in 2018. For me, setting the crash in the very near future gives it a sort of gravity, like it could just happen in real life if we don’t treat our brittle medical system with care. In response to the crash, new ways to cut corners and improve the bottom line are introduced, and along the way some ethical lines are crossed. But the real story begins in 2030 when a huge mistake is made which threatens to expose the system for what it has become. So I wanted to focus on the high stakes story line right out of the gate, but trickle in the backstory a little bit at a time to help set the stage for what it to come. Sometime the reader knows more than Cheyenne, and sometimes he knows less, but it’s always just enough to add one more piece to the puzzle. I’ve always loved when two seemingly separate story lines are revealed to have a common thread—or two or three. It was important to me to bring it all full circle in a way that would be satisfying for my readers.

KM: How did you come up with the title?

KS: The phrase “What you don’t know can’t hurt you” kept coming to mind as I thought about the underlying theme of the novel. The book tackles some interesting ethical questions. Should the government (or anyone) be authorized to make decisions that hurt a few people to help the majority? What about if the alternative is that everyone is worse off? The tipping point in this novel is when it becomes clear that what they don’t know can hurt them, and it does.

KM: Your protagonist, a young reported named Cheyenne, has suffered a lot of loss so far in her young life and managed to rise above the ashes, but she has an ongoing struggle with alcohol abuse. Why did you make that choice for her character?

KS: I think there are a lot of people who can relate to her as a successful and hardworking—but flawed—individual. In the story, she has to overcome her dependence on alcohol to do what she feels she needs to do, to tell this most important story of her life. And even then, Cheyenne’s relationship with alcohol threatens her success multiple times along the way. In some aspects, it becomes another character, another villain.

KM: Let’s talk about the Reid family. There’s the father, Danny; the mother, Isabella; and the boys, Ridge and Hendrix. It seems like they all care for each other deeply, but there’s a tension or dissatisfaction emanating from Isabella that’s hard to ignore.

KS: The Reids were some of the first characters I wrote in this novel and I’ve been surprised at times by how things played out throughout the story. Danny has always been the rock. For him, things are black and white, good and evil. He has always believed you work hard and take care of your family, and he loves his family more than anything. When he has an accident that leaves him disabled, it threatens his whole identity. Isabella, on the other hand, has always felt to me like she didn’t quite fit with Danny. So rather than fight that feeling, I made it part of her character. She has a lot of regret about how her life has turned out: she has a disabled husband, a minimum wage job, and they live paycheck to paycheck. But in the end, she’s a mother with a simple and fierce love for her children, and I think that’s why she and Danny work together.

KM: In your day job, you’re a practicing physician. How and why did you start writing fiction?

KS: I always loved reading and writing growing up, but there wasn’t much time for that during medical school and residency. Finally, when I was settled in my first job out of training I began to write again. At first, I didn’t know I was writing a novel, much less a medical thriller. But the story and characters began to develop a life of their own and I just let them take me along for the ride! Ironically, I tend to read more in the literary and women’s fiction genres, but I dabble in thrillers and dystopians as well, so I guess it made sense with my background that I wrote a medical thriller.

KM: Are you working on anything now?

KS: I have started a psychological/domestic thriller told in the point of view of a preteen boy. I haven’t decided on a name, yet. Thinking something along the lines of You’ll Scare the Children.

Buy What They Don’t Know HERE.

Kimmery Martin won her first short story contest in the first grade, and was awarded a red stuffed elephant and publication in the school newspaper.  Her writing career then suffered an unfortunate dry spell, finally broken with the publication of the enthralling journal article Lymphatic Mapping and Sentinel Lymph Node Biopsy in the Staging of Melanoma, followed by the equally riveting sequel Sentinel Lymph Node Biopsy for Pelvic Malignancies, both during medical school.

Conscious readers remained elusive, however, prompting her to wait another decade or so before trying again.  This time, spurred on by a supportive husband and three constantly interfering children, she produced an entire novel.  The Queen of Hearts, exploring the startling secrets in a friendship between a cardiologist and a trauma surgeon, became an instantly beloved classic amongst three of her friends.  It will be published by Penguin Random House in 2018.

When not working on her next novel, Kimmery spends her time mothering her slew of perfect children.  She’s also occupied with poorly executed household chores, working as a physician, and serving on various non-profit boards in Charlotte, North Carolina.  She exercises grudgingly, cooks inventively, reads voraciously, offers helpful book recommendations, interviews authors, publishes travel articles, and edits her son’s middle grade book reviews. Finally, she is a world-class Boggle champion, which most people find to be sexy beyond all description.