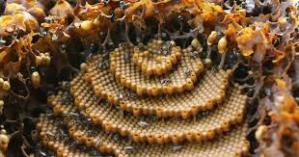 Penelope is a twenty-something midwife in an off-the-grid, self-sustaining community called the Hive. Raised in the Hive since childhood, she has never questioned the matriarchal values instilled in her by the woman simply known by the community members as Mother. The men are trained as subservient, medically castrated drones taught to hate their “nature” as violent, sexually perverse creatures. Their primary purpose in the community is to provide the samples used for procreation. When Jemma, Penelope’s feisty younger sister, is chosen for insemination, Jemma balks, because she knows that life has more to offer than blind allegiance to the controlling Mother. She has fallen in love with one of the young men in the community, an act expressly forbidden in the Hive. When Penelope discovers Jemma’s disobedience, she is forced to choose between her sister and the Mother who gave her a purpose in life. What happens as a result of her choice forces Penelope to re-evaluate what she thought she knew about good and evil in general, about Mother specifically, and, most importantly, about her own passive culpability in the day to day workings of the Hive.